This week is British Science week and the P6/7 classes are focusing on electric journeys.  On Monday we learned about neurons and the science of memory.  After viewing some fascinating video footage, we made our own model neurons and then wrote a memory to fill the neuron cell body.  We learned how different parts of the neuron make connections to other neurons.  Some neurons have thousands and thousands of connections but others have only a few. 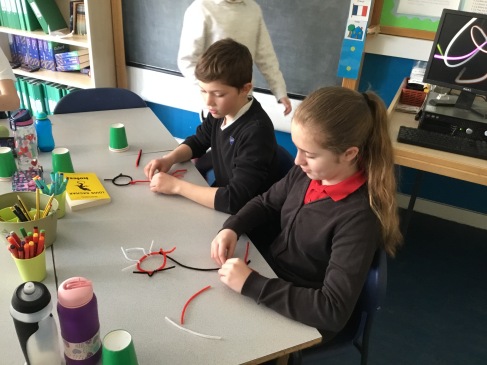